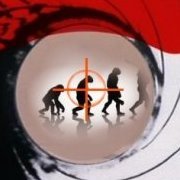 By mike the wiz, October 5, 2015 in Creation vs Evolution